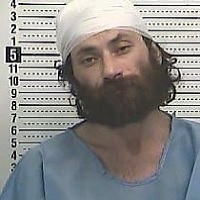 A Casey County man is behind bars after fighting with police Wednesday.

Deputy Geoffrey Brown, with Casey County Sheriff's Office, went to serve a warrant at 3689 Poplar Hill Road, about 9 miles East of Liberty. There he found 37 year old Jeremy L. Owens laying in a ditch next to the roadway.

Mr. Owens began yelling & kicking as Deputy Brown attempted to place him in handcuffs. Liberty Police Officer Hunter Christian arrived on the scene to assist. They eventually got Owens in custody. Both Officers had Owens' blood on their shirts.

Owens stated he had taken Methamphetamine earlier that day.

He was transported to Casey County Hospital, and once medically cleared, he was lodged in the Casey County Jail on charges of Resisting Arrest, Disorderly Conduct-2nd Degree, Criminal Mischief-3rd Degree, Possession of Drug Paraphernalia, Assault-3rd Degree-Police Officer, & Public Intoxication. He was also served with 3 Casey County warrants for failure to appear. 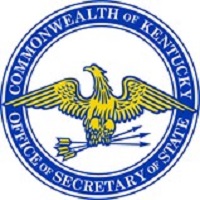 “We can’t have an election without election workers,” Adams said. “Our base of volunteer poll workers is aging out, and this partnership will help us find new ones as we prepare for the 2022 elections.”

“Student Y already provides Kentucky middle and high school students with the tools to register voters and advocate for voting in every election,” said Beth Malcom, Kentucky YMCA Youth Association CEO/President. “This exciting partnership will only further their opportunity to engage with our state government and increase teen civic activity across the commonwealth.”

In addition to recruiting poll workers, the Office of the Secretary of State and the Kentucky YMCA Youth Association will hold high school voter registration drives and conduct voter education training. 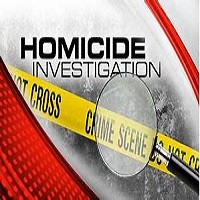 Through investigation detectives were able to discover there had been a dispute between the victim and his spouse Jordan Coffey, age 27 of Russell Springs, KY. A warrant was obtained and Jordan Coffey was located and arrested in Cookeville, TN by the Putnam County Sheriff Department and lodged in the Putnam County Jail. 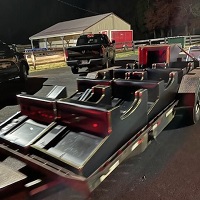 The Breakroom, The Lucky Seven, and  Laker Billards were searched in reference to promoting gambling in the 1st degree and drugs were seized.

29 illegal gambling machines were seized with over $14,000.00 cash seized in the Search.

All 3 agencies are involved in the investigation and the case will be presented to a Russell County Grandjury for Indictments.

The Russell County Sheriff's Office reminds you, if suspect illegal activity, contact their anonymous tipline at 270-343-6600. 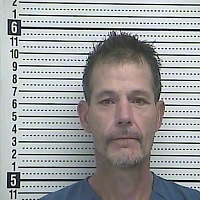 A Pulaski County man who ran from Casey County Deputies last week has been aprehended.

Daniel was taken into custody, however, Durham fled into a wooded area.

On Monday, Sheriff Weddle located Durham at his mother's residence on 910. He was caught as he attempted to flee out a back window.

Durham was lodged in the Casey County Jail on charges of Burglary-3rd Degree, Theft by Unlawful Taking (over $1,000), & Fleeing/Evading Police-2nd Degree (on foot). 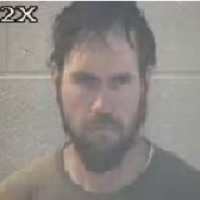 Deputies responded to the call at a storage building Saturday on Oak Hill Road, where several items were taken during the overnight hours.  Including a zero-turn mower and trailer, valued at $6000.  Several thousand dollars worth of tools and toolboxes were stolen as well.

Surveillance photos showed a U-Haul truck at the scene.

Sunday afternoon, Deputies spotted a matching truck in a driveway on Tanglewood Drive, where they made contact with Timothy K. Hill.  Through their investigation, they learned that Mr. Hill was involved in multiple burglaries of storage units.  The stolen mower was located on the property, along with a washer and dryer, dining room table and chairs, a "job box" set of tools, and a utility trailer. Total property stolen is believed to be in the area of $10,000 to 12,000 dollars.

Deputies have learned, several other storage units have been broken into, and those investigations continue.

32 year old Timothy K. Hill, of Sugar Tree Hollow Road, Tateville, was charged with Burglary, and Theft by Unlawful Taking over $10,000.  He was lodged in the Pulaski County Jail. 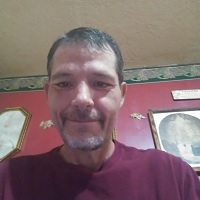 The Casey County Sheriff's Office is asking for your help locating a suspect in a burglary investigation.

Anyone with information as to the whereabouts of Darryl Durham is asked to contact the sheriff's office at 606-787-9411 or 787-0288 to leave an anonymous tip.

Durham was seen loading stolen items into a van driven by Daniel at KY 910 Truss Company. Daniel was located on Moxley Road, where Durham fled on foot into the woods.

Teresa Daniel was lodged in the Casey County Jail. 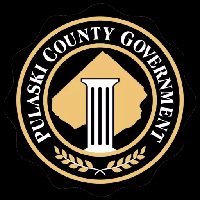 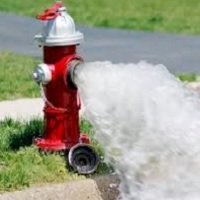 The City of Liberty Public Works Department will be flushing fire hydrants on Wednesday and Thursday this week. Mayor Steven Brown... 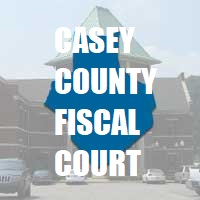 Casey County Fiscal Court met in regular session Monday. It was a short meeting with just a few items on the agenda.

The Fiscal Court is seeking federal assistance to help repair damage from the floods earlier this year.

That motion was approved.

Also under General business, Luann Williams and Brent Ware were appointed to the Extension Board to fill two expiring terms.

Under Road business the court received one bid for drain replacement on Bastin Creek...

The bid was rejected so that Judge Dial can enter into negotiations. 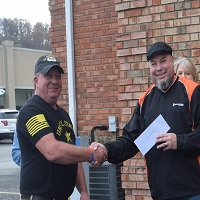 Thanks to the Casey County VFW for giving back to our community. 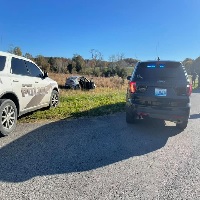 Two suspects are in custody after leading police on a chase through three counties.

On Monday, Bluegrass 911 was notified of a pursuit coming into Lincoln County from Rockcastle County. The pursuit had started in Madison County, continued into Garrard, then back into Lincoln. The chase continued across Saylor Ridge, where K9 Sgt. Michael Mullins successfully deployed a tire deflation device.

The vehicle continued onto Ky 2750 before coming to a stop. Two men fled from the vehicle but were taken into custody. 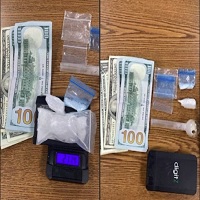 A Russell Springs woman arrested on drug charges at a local gas station.

Russell Springs Police Officer Debra Necessary responded to a complaint of a possible impaired driver at a gas station on US 127. The driver, 43 year old Mistie L. Collins, was  unable to produce insurance and had an active warrant. She refused to exit the vehicle and was trying to throw down a bag of suspected methamphetamine. Collins was in possession of  several bags of meth, baggies, digital scales, and a glass pipe meth  inside.

Ms. Collins is charged with Possession of, and Trafficking in Methamphetamine, Possession of Drug Paraphernalia, No Insurance, and Resisting Arrest.

She was lodged in the Russell County Jail.

The two candidates selected for the KSBA Scholarship, one boy & one girl, were Brittney Snow, and Diego Alejandro Castillo.

The next regular meeting of the Casey County School Board will be Monday, Dec. 13th. 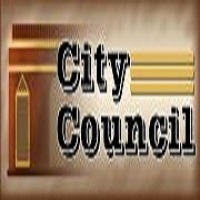 Under old business, a discussion was resumed from the last meeting concerning an odor at the lift station at Walnut Hill, also at Goose Creek Candles. It was determined the source was coming from Tarter Industries at Dunnville. Mayor Steven Brown…

Mayor Brown remains in negotiations with Tartars. No action was taken.

There was a lengthy discussion concerning zoning regulations in the city. Councilman Richard Montgomery said zoning regulations need to be updated as they are hard to enforce. He noted several residences and possibly at least one business in violation of those ordinances.

The issues of abandoned homes, aging mobile homes or manufactured homes were also discussed. No action was taken.

Mayor Steven Brown says he has been in touch with the Corps of Engineers concerning a flood plan for the city. He says federal funding has become available possibly up to 100%.

The next regular meeting of the Liberty City Council will be Dec. 13th. 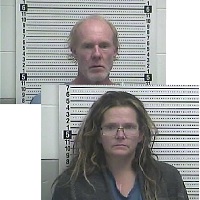 Deputy Gregory Hopkins, with Casey Co. Sheriff's Office, contacted the two, in a vehicle, as they were trespassing on private property on Long Hollow Road, about ten miles north of Liberty.

Both were transported to the Casey County Jail. 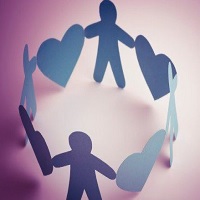 Casey County was rocked with two teen deaths within days of each other last week.
School Superintendent, Barry Lee..

According to the school, 15-year-old Brooklyn Clements, a sophomore, died Thursday when the ATV on which she was riding with a friend crashed.

Clements was a volleyball and softball player and active in other activities.

Her death came just two days after 17-year-old Jordan Watson died when his motorcycle struck a pickup. His funeral was Sunday.

Services for Brooklyn will be Tuesday at 5pm at CCHS Gym. 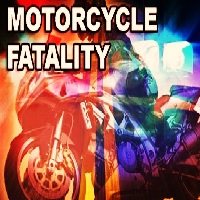 The Dodge pickup was operated by 28 year old David Bugg of Danville. KY. Bugg had one passenger, 28 year old, Austin May of Perryville, KY.

The Juvenile was wearing a helmet and was transported to Ephraim McDowell hospital was he was later pronounced deceased.

Bugg and his passenger were both wearing seatbelts and were not injured.

This collision remains under investigation by Trooper Weston Sullivan. He was assisted at the scene by other KSP personnel, Casey County EMS and the Casey County Sheriff’s Office. 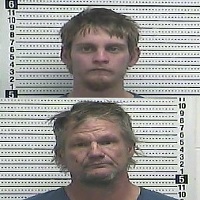 Two people were arrested Wednesday after attempting to elude Police.

Deputy Gregory Hopkins, with Casey Co. Sheriff's Office, initiated a traffic stop on a 2000 Buick, traveling north on KY 1547 at a high rate of speed. The Buick fled behind a residence. The driver, 20 year old Jacob Eads, of KY 1547, Liberty, and his passenger, 53 year old Daniel John Smith, of Finley Owens Rd., Russell Springs, were found hiding behind a shed.

Mr. Eads refused field sobriety tests due to medical reasons. He was charged with DUI, Speeding, Fleeing/Evading Police-Motor Vehicle, & Driving on a DUI Suspended OL. Eads was also served with a warrant for Criminal Trespassing.

Mr. Smith was served with a warrant for Theft by Unlawful Taking-under $500.

Both men were lodged in the Casey County Jail. 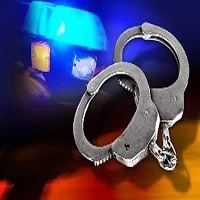 A Rockcastle County woman was arrested on drug charges in Casey County, Tuesday.

Sheriff Chad Weddle responded shortly before 6am, to a call of a vehicle parked in the roadway on S. KY 501, about 10 miles east of Liberty.

Upon arrival, he made contact with the driver, 35 year old Amy Lynn Brown, of Brodhead. Ms. Brown had slurred speach, and failed field sobriety tests. She stated she had smoked marijuana earlier.

It is unknown how long the vehicle had been parked in the road, due to being out of gas.

A search of the vehicle resulted in the discovery of a baggie of marijuana, a plastic container with marijuana inside, and a marijuana pipe.

Brown was placed under arrest and charged with Public Intoxication-Controlled Substance, & Possession of Marijuana & Drug Paraphernalia.