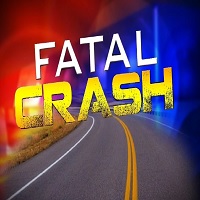 The Kentucky State Police, London Post is investigating a fatal collision that occurred on West KY Highway 635 in the Since Hill area of Pulaski County at approximately 09:40 am Monday morning.

The initial investigation indicates that a 2000 Peterbilt Semi operated by Fred Haste JR., 66 years old of Bethelridge, KY, was traveling west on KY 635 when he lost control of his vehicle and collided into a 2015 KIA operated by Benjamin L. Durham III, 61 years old of Danville. Mr. Haste sustained fatal injuries in the collision and was pronounced deceased at the scene by the Pulaski County Coroner’s Office.  Mr. Durham was transported to the Lake Cumberland Regional Hospital, where he was treated for non-life threating injuries.

Drugs and alcohol are not suspected factors in the crash. The investigation is being conducted by Kentucky State Police Post 11 Trooper Shane Bowling.  He was assisted at the scene by Post 11 Personnel, Pulaski County EMS, Since Hill Fire Department, and the Pulaski County Coroner.