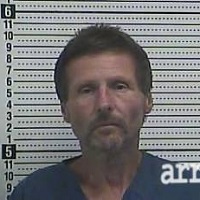 The driver, 57 year old Huland R. Jones, of Liberty, had expired Operator's License. Liberty Police Chief Garrett also responded to the scene, with K9 "Mako" alerting to the presence of narcotics. A search of the vehicle resulted in the discovery of a Meth Pipe with residue in the center console.

Mr. Jones failed field sobriety tests. He stated the Meth Pipe was not his, and that the vehicle belonged to his wife, Lorane Pritchett, who has been locked up in the Casey County Jail for a few weeks. He also stated he did use Meth approximately three days prior.

A passenger in the car, Haley Jones, age 18 of Liberty, was cited for Possession of Methamphetamine. Officers found Meth in a container on her key-ring. She was also charged with Endangering the Welfare of a Minor, due to her two year old daughter being in the vehicle. The child was released to a family member.